All products are proudly made in New Zealand 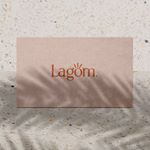 According to Ngāi Tahu legend, Rakinui the Sky Father had four sons - Aoraki and his three brothers. Whilst on a sea voyage around Papatūānuku the Earth Mother, their canoe overturned on a reef. When the brothers climbed on top of their canoe, the cold south wind turned them to stone. The canoe became New Zealand's South Island (Te Waka o Aoraki). Aoraki and his brothers became the peaks of the Southern Alps.

Each print sold educates one child on plastic pollution, helping to protect and restore our beautiful oceans.

Frames available in New Zealand only.